Midleton College has won the Overall Prize in the National Dairy Council Milk-It Awards on Wednesday 1st May. Winning the top prize, beating over 300 participants the Milkozade team based their project on how milk can be used as a sports drink instead of other popular soft drinks.

The Milk-It awards aim to promote the benefits of dairy products to young people. Participating teams promote milk and other dairy products through an advertising campaign based around their school.

The Milkozade team created posters and used social networking sites to promote their ideas. They also created a high quality TV advert that was played at school assembly. Furthermore, the team created a game, developing it into an app to promote the benefits of milk. The game is based around a central sports character that has to avoid the 'baddies' of chocolate and soft drinks and needs to drink all the milk cartons to advance to the next level.
(see gallery for more pics) 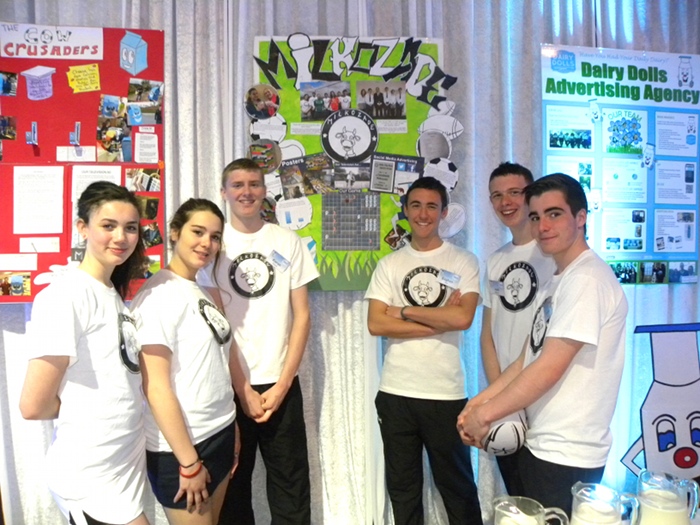