Congratulations to Transition Year students who have participated in this year's Film Module. The group's film 'Choices' won the Schools Award at the First Cut Film Festival, up against stiff competition from all parts of the country.

'Choices' highlights the dangers of underage drinking and anti-social behaviour amongst teenagers. The challenging theme follows the story of a teenage boy who is faced with the choice of how to spend the afternoon, his choice turns out to have dire consequences. Starring in the film are Alex Aldous, Brian O'Farrell, Rory Walsh, Tim Tierney, Fergal Roche, Fionn Summers, Rob O'Callaghan, Matylda Jablonka, Jack Ryan, Cillian Brouder, Muiris Moloney, Aime Picornell, Doug Quealey and teachers Ms. Mary Linehan and Mr. D. Martin. Camermen and Editors were Jake Spreadborough and Ed Cloete.

The Film Module is a year long course option available to Transtion Year students at Midleton College. Among the key skills used in the production were creating and drafting storyboards and subsequent script writing. They also perfected their acting skills, created the score music, worked on sound effects and experimented with lighting and camera angles. The group and used iMovie to edit the finished product.
The First Cut! Film Festival is a youth film festival that has been developed to showcase new films made by young people. It offers an exciting opportunity for young filmmakers, aged 12- 21 years, to gather together in a vibrant festival atmosphere for a rare chance to network and showcase their work. As well as the screenings of works by young filmmakers, the Festival also included workshops, performances, panel discussions, Q&A sessions and hands-on workshops. 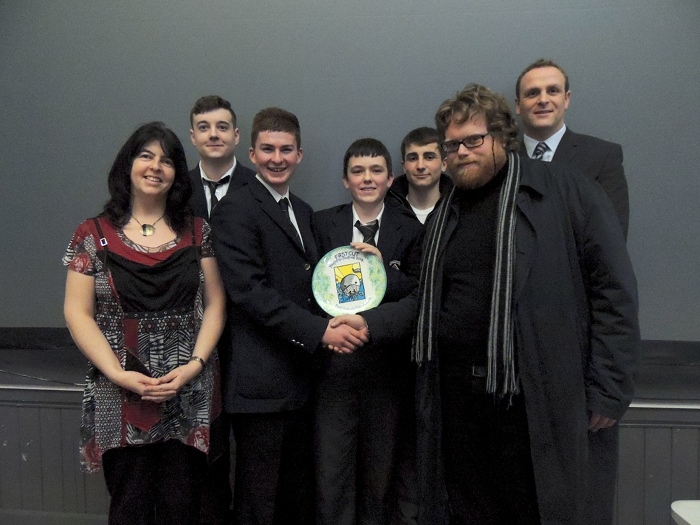