Midleton College has been shortlisted in the Best Choreography and Best Overall Musical categories for its production of ‘Singin in the Rain’. This is the first time Midleton College has been nominated for such a prestigious competition. Speaking to us, Director Kristin Hollowell said “we are so proud of the students and staff that were involved in this production and we could not be more excited and honoured to be a part of this competition.”

The school will now travel to a special awards ceremony at the Bord Gáis Energy Theatre on Thursday, 5 May 2016 where the winners will be announced. RTÉ Two Tube presenters Stephen Byrne and Bláthnaid Treacy will host the event, with a special guest performance yet to be announced.

Midleton College have the added privilege of being asked to perform a number on the night. This is a huge honour for the students involved, in particular for Fergus Sheridan, who takes the lead in the number.

The highly successful awards were set up by Bord Gáis Energy to recognise and reward participation in drama in schools. This year, 2,888 entries were received from 351 primary and secondary schools across Ireland.

Commenting on the shortlist Irene Gowing, communications manager for Bord Gáis Energy said: “The standard of this year’s entries was exceptional, showing the wealth of talent in schools across the country, and I’ve no doubt there are many stars in the making. For the judges, this meant a really tough job narrowing down our shortlist. I would like to thank all teachers and students in Cork who entered, as well as the parents who support them. Congratulations to all the shortlisted Cork schools and students and we look forward to the welcoming you all at the awards ceremony on the 5 May.”

The full 2016 shortlist is available to view at www.BGESTA.ie 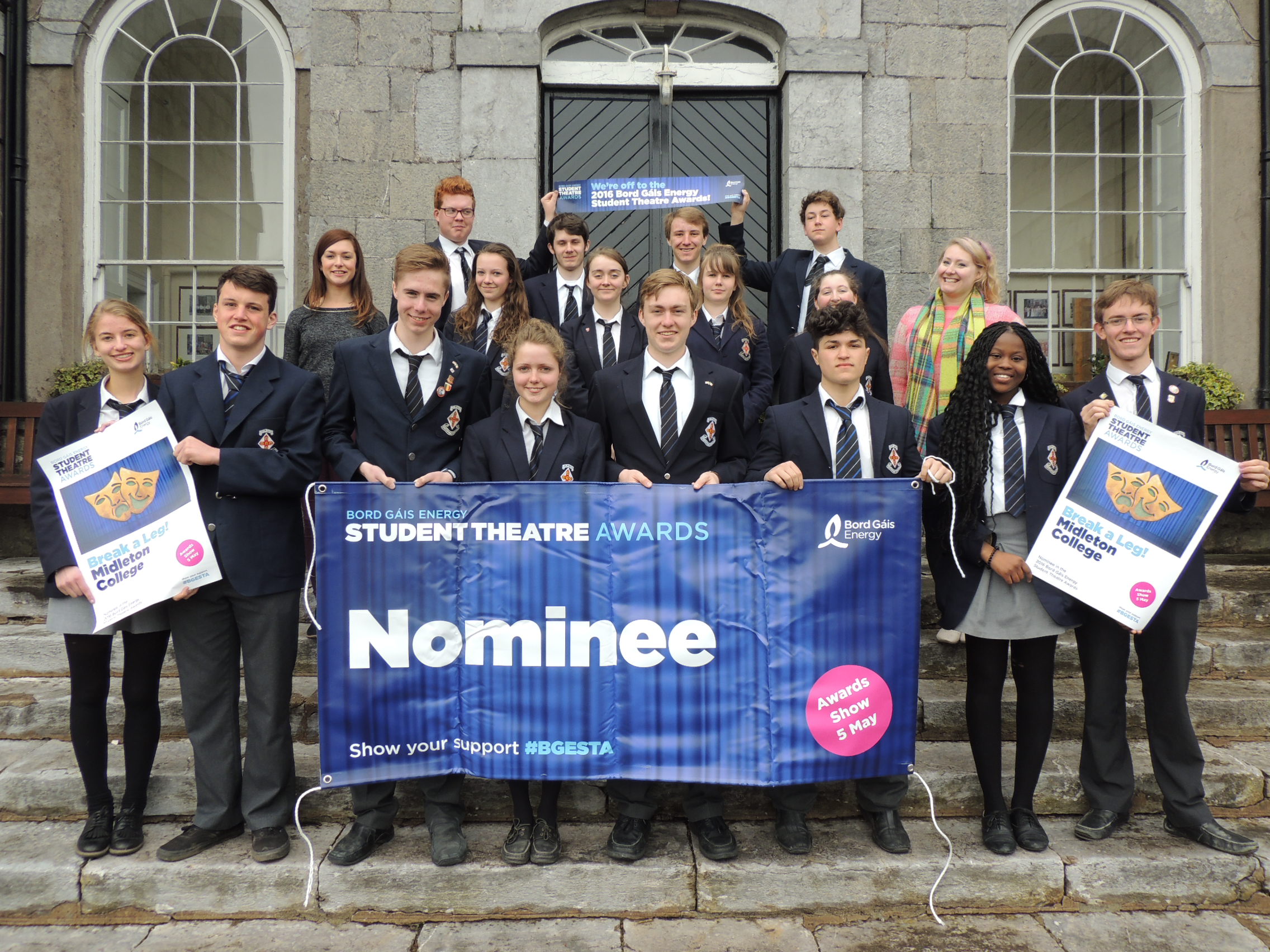