On Thursday, TY Horticulture students, along with members of the Green Schools committee and Horticulture club, planted almost 200 trees to create a new Woodland in the College grounds. We were led by Niamh and Rachael from  An Choill Bheag, part of the Learning about Forests (LEAF) initiative of An Taisce.  Also there was  Cullen Allen from Cully and Sully who have sponsored the woodland. All the trees were native Irish species, including Oak, Birch, Hazel, Holly, Elder, Hawthorn and Blackthorn which will provide a habitat for insects, birds and animals.  At the centre of the woodland will be a clearing which can be used as an outdoor classroom or simply a shady spot to relax in summer. The weather was kind to us, and the students really enjoyed themselves: Niamh and Rachael were very impressed with how hard everyone worked.  It was great to be part of a project that will be a feature of Midleton College into the 22nd century and beyond! (more pics on website) 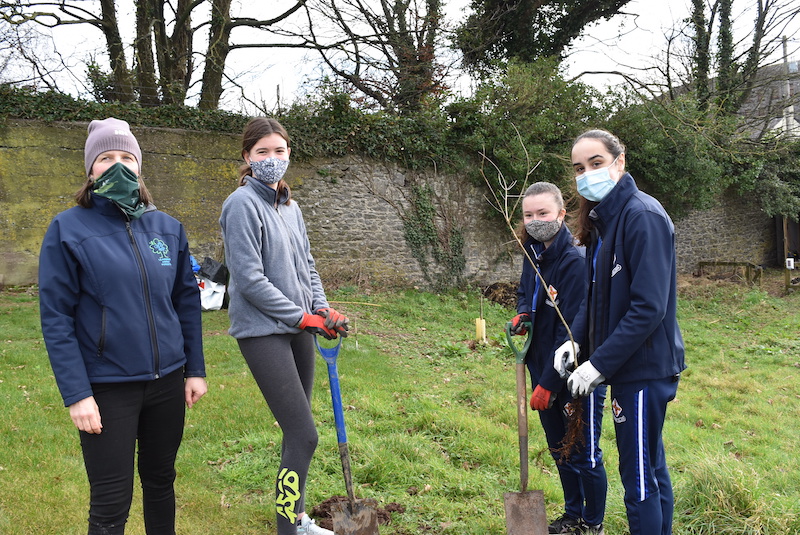