The biannual girls hockey tour took place on Monday April 8th 2019. Our destination this year was a day trip to Dublin. After the traditional pre trip photo shoot, we departed at the not so early time of 7:30am, but there were still plenty of tired heads on the girls!
Having told the girls we would be heading straight to Dublin with no break on the journey, I was immediately overruled and told that we were stopping at junction 14 for ‘our second breakfast’! Is that a thing?!
We arrived at the High School, Rathgar at 11:15am, in plenty of time for our first match at 12pm. When we went down to the pitch, the 3rd years seemed to be star struck by the oppositions coach; none other than Irish Ladies international Ali Meeke!
No sooner had the match started, the heavens opened, but the girls didn’t seem to let this dampen their spirits as they produced a dominant display to go in at the break 4-0 up, with goals from Emma Musgrave (2), Elena O’Galligan and an absolute peach from captain Emily O’Hara, with a terrific reverse stick shot which struck the underside of the crossbar and ending up in the back of the net!
The second half saw the introduction of 8 substitutes, but that didn’t stop the relentless attacks on the High School goal and with further goals from Charlotte Walsh and Emma Musgrave, completing her hat trick in the process, the game ended 6-0 to us.
After some lunch in the High School, it was over to Alexandra College for our second match at 3pm. The rain thankfully stayed away for this one. With our players playing in unfamiliar positions and a sense of relaxation at the forefront of their minds, Alexandra College dominated both halves and won the game well in the end.
After a quick shower, it was off to Dundrum shopping centre for some retail therapy and a bite to eat in Milanos, before the extremely fun return journey home! We had a wonderful time and fitted a lot into one day. The girls were great and enjoyed the trip immensely.
My thanks to the 6th year girls Emily, Shirley, Elena & Laura for all of their help, enthusiasm and craic on the trip itself and to Skyler for accompanying us too. 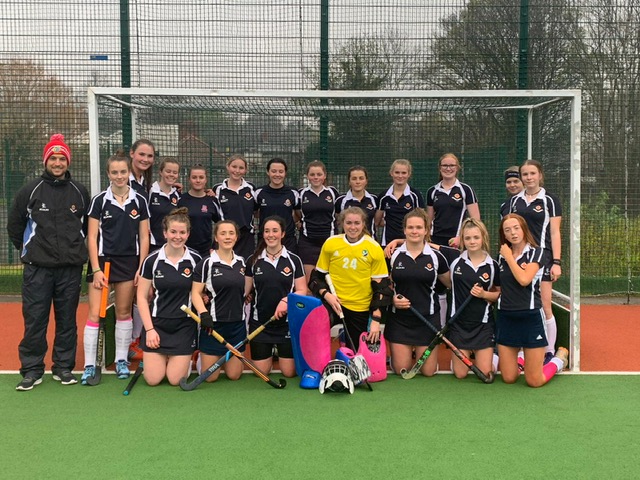