Congratulations to Transition Year students who have participated in this year's Film Module. The group's film 'Choices' highlight the dangers of underage drinking and anti-social behaviour amongst teenagers.

'Choices' has been selected to be shown in the Cork heats of the national 'Fresh Film Festival'. The film will be screened at the Triskel Arts Centre, Cork on 27th February (between 10.15am and 1.30pm). Folliwing screening a small number of films will then be selected to advance to the finals on the 4th of April in the Odeon in Limerick.

The following day, Friday 28th February, the group will have their film screened at the 'First Cut! Youth Film Festival'. This year the festival will be based in the Mall Arts Centre in Youghal (from Thursday, 27th February to Saturday, 1st March).

Wishing the group every success in the two competitions! 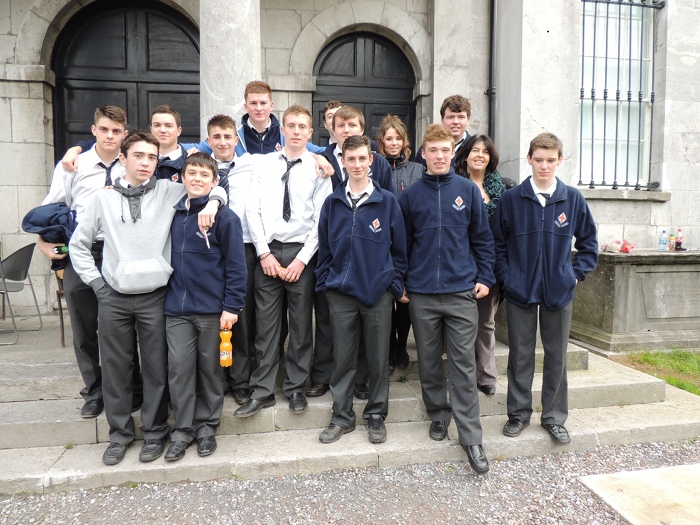