Fourth Form students Jordan Devlin, Jake Spreadborough,  Edward Cloete and Aaron Burke recently took part in the Munster final of CanSat. The competition is run by the Cork Electronics Industry Association (CEIA) and the European Space Agency (ESA).
Most of the team already had experience programming and said they really enjoyed working with the physical electronic circuits as well as the new programming they have learned. Part of the aim of the competition is to raise awareness about space industry. As part of this the students recently had a small article and picture in the Cork Independent, they also had an active social media campaign and gave talks to first form science classes about the project.
Ireland is a member of ESA and takes part in a number of research projects, there's also a number of Irish companies involved in space industry including some in Cork. 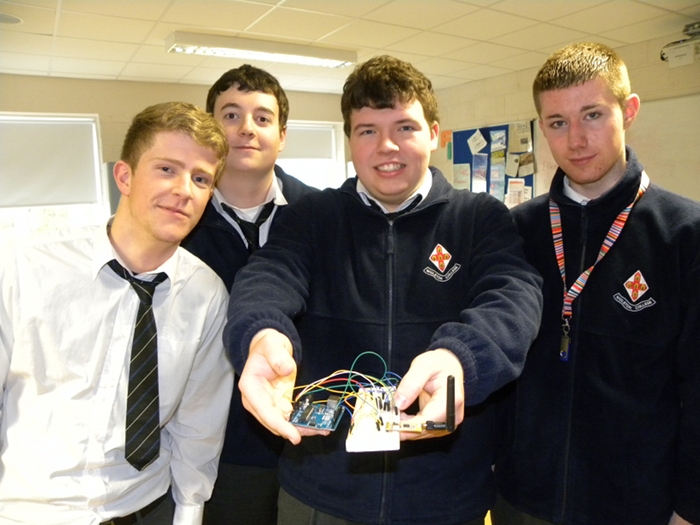