Midleton College reached the final of the Leaders Awards of the IT@Cork annual award ceremony on Thursday night. Ms Linehan (IT Co-Ordinator) and Mr Kevin Stanley (TY Co-Ordinator) attended the ceremony, held in the County Hall. The event saw representatives from some of Cork's leading technology organisations with keynote speech coming from well known celebrity Bazz.

The Leaders Awards acknowledges innovation and excellence across a number of categories spanning different sectors, including 'best start-up company', 'one to watch', among others. Midleton College was shortlisted to the final three of the Excellence in Education category in the awards. The category, supported by Trend Micro, recognises the efforts of a school that achieves “excellence in education through the development of student IT skills, teacher IT skills or highly effective IT-based educational infrastructure. The award, open to the primary and second level sectors was judged by Michael Loftus, CIT, Jer Crowley, Cork College of Commerce and David Murphy, UCC.

The College was acknowledged for its commitment to IT in Education, with special mention given to past success in National competitions (in such competitions as MilkIT Awards and Eircom Junior Spiders). The school was also highly commended for its recent joint venture with McAFee in their schools outreach programme. Intel Security and McAfee have placed a special interest in promoting STEM among female students, as well as promoting internet safety. 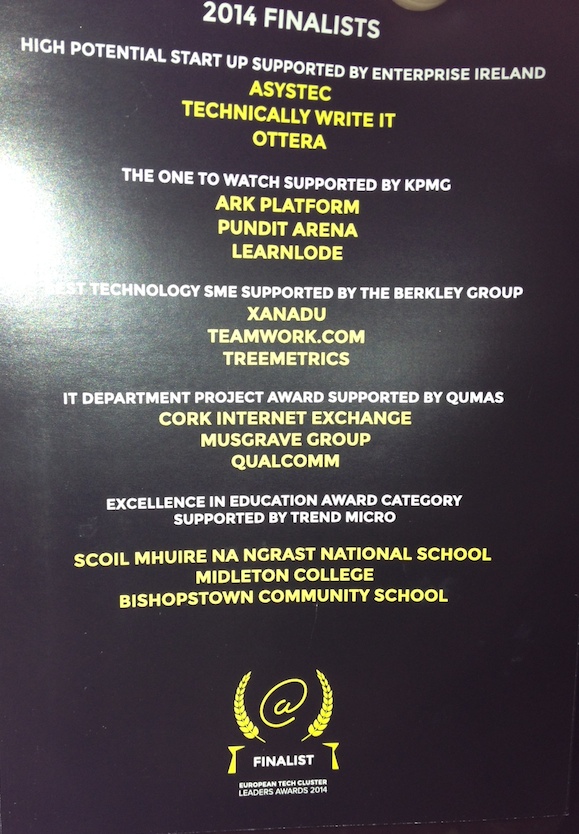